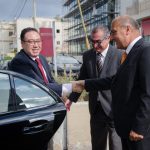 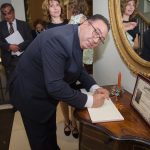 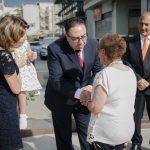 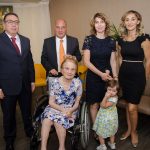 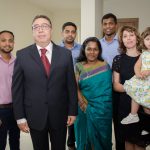 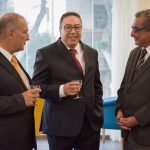 This past Thursday September 20th, his Excellency Mr.Zyed Bouzouita and his wife and child visited Jasmine Nursing Home and brought also his Chef to cook some delicious Tunisian food for our residents.

During the event Dr. Louis Buhagiar (Chairman of the Home ), said that Malta and Tunisia have close ties both geographically , cultural and social. He explained that in the 19th century emigration of Maltese to Tunisia had risen to 15 thousand Maltese living in Malta.

Jasmine home will this year be celebrating its fourth year from opening. ‘We as management see that our residents and being cared and this gives the relatives a relief that their loved ones and in good hands,’ he said . Dr Buhagiar emphasized on the home’s strong team of physio therapy were the residents improve physically and mentally.

The Ambassador expressed the importance of elderly care , and that the residents are the people that made us what we are today. Malta is increasing its community services and this brings along a better way of living. Tunisia is also working on the same direction and continuously learns from Malta’ s achievements . During the Tunisian Minister for Family affairs visit to Malta in June of this year , expressed the interest of her department to help Maltese seniors by providing 20 high skilled care workers mainly women who share the same Mediterranean values and culture .

He also presented an official letter to Ms. Marie Stella Mercieca who was born and baptized in Tunis Capital on 5th May 1929, he thanked her for her love to his and her country of origin which still persisted after 81 years that she has been in Malta.